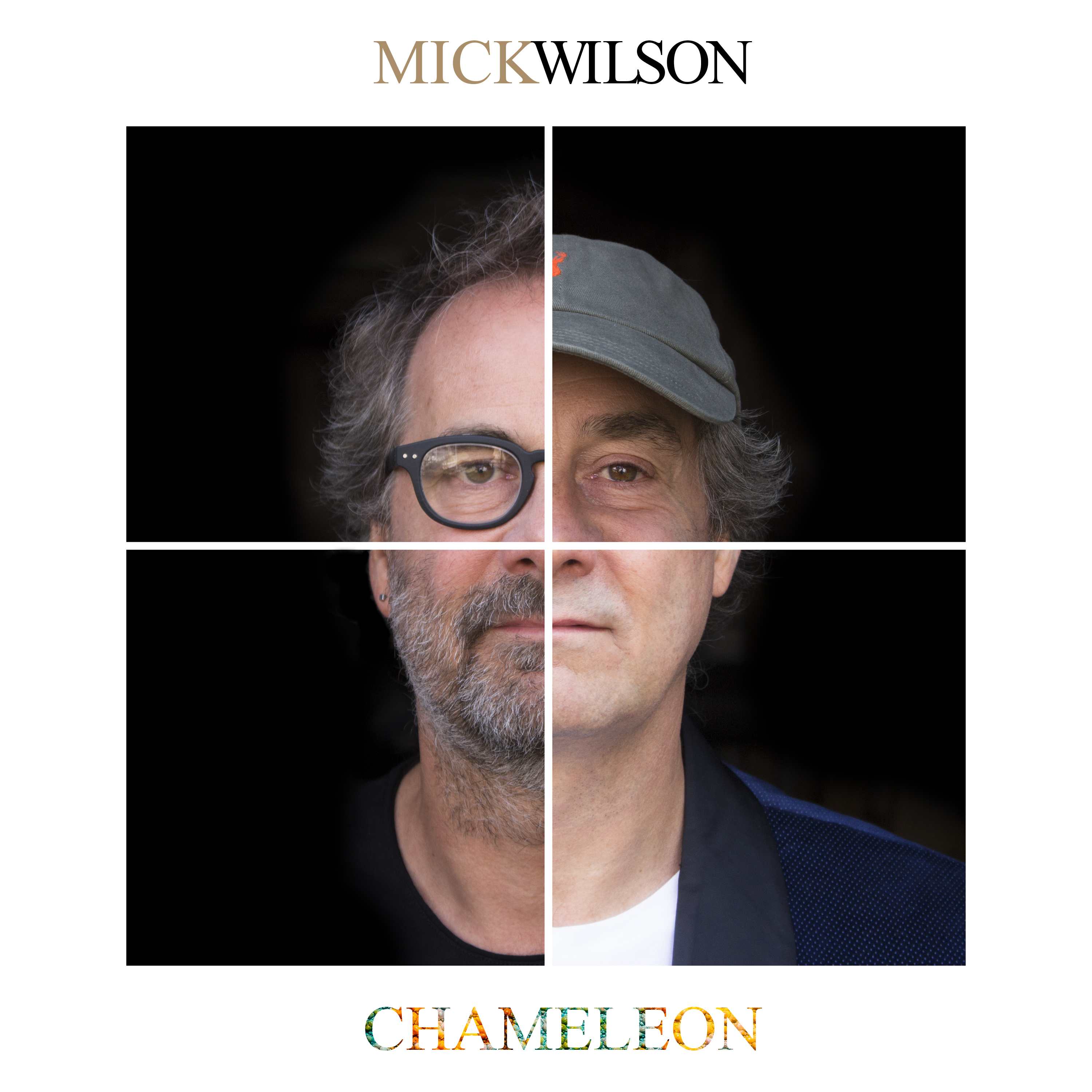 The first in a series - "Chameleon" is a 6-track EP of some of my favourite covers from my solo acoustic shows, available on Bandcamp at the address below.

Looking forward to gettng back in the Saddle with the GO NOW! boys for a few UK shows before heading off to the US for some dates in Arizona, Las Vegas and California in a few week's time. Plus, we're delighted to announce some orchestral dates in 2021. At the present, we're performing 3 shows with the Philly Pops Orchestra in April / May and another with the Omaha Symphony in April.

Check the web site for more dates to be added.

It's great to see so many familiar faces at the current GO NOW! shows this Autumn and really looking forward to getting back out to the US for even more in March 2020.

On the FRONTM3N front (or is that the back?), we've begun writing for a second album to be released in Autumn 2020 - with new songs and some brand new covers!

Also, all three of us are excited that we're finally getting the opportunity to take the FRONTM3N down under with dates in New Zealand and Australia this November. This will be the first time all of us have been there together since 1994 when we toured with Sir Cliff! Then we kick the New Year off with the 'UP CLOSE' tour In Germany during Jan and Feb, with some new material. Exciting times, for sure.

Just looking at the gig list, there's going to be lots of travel, but well worth it for all the support that we've received from everyone at the FRONTM3N and GO NOW! shows.

Firstly, many thanks for all your kind and supportive messages.

It's been out there for a while, but I would like to confirm that I will no longer be performing with Graham Gouldman’s 10cc with immediate effect.

Over the last few months, it became clear that it was not possible for me to use my association with 10cc when performing with the FRONTM3N whilst being in the band.  As you’ll appreciate, this made for a difficult and untenable situation, so, rather than dwell in the past, I have chosen to leave 10cc, look to the future and focus on the FRONTM3N, my solo career and other projects.

Apologies for the suddenness of the news - there were plans for a mutual date of departure and a dignified exit, but alas, it wasn’t to be.

I very much look forward to seeing some familiar faces in the future.

We're delighted to announce the FRONTM3N gigs for next January 2017.

We're off to Germany once more with a couple of trips over the border to both Switzerland and Holland.

All details can be found at www.frontm3n.de

It's been a while, but we're delighted to announce some new 'Reflections Band' UK dates for 2015! See website for details.

If you've never seen us before, take a look at some review of previous shows here. or check out some footage of the gig at The Stables earlier this year. A brand new project for this year sees Mick joining forces with four world-class musicians who, after years of touring and recording with some of the most iconic bands in the world, bring you a great new show highlighting some of the best British Rock and Pop music of a generation.

The Reflections consist of current and former members of THE MOODY BLUES, THE HOLLIES, 10cc, THE MANDFREDS, CLIFF RICHARD and THE WAR of the WORLDS and deliver hit after hit, with some of the greatest songs of these bands and artists.

On tour in the UK in May and June with a warm up gig in Feb, this isn’t just a covers band - these guys ARE the band that helped make these high-profile acts sound so good live and on record......see gigs page for tour dates.

For more information on the band and upcoming tour, click here to go to The Reflections website.

Mick is looking forward to performing an acoustic set at Jagz in Ascot, one of Berkshire's premier music venues. Tickets are on sale now - click here for details.

Back for another acoustic session at The Colour House at Abbey Mills in Merton on 5th April. For details a nd tickets, click here.

Mick is back at The Colour House Theatre at Merton Abbey Mills on Saturday 26th October with another intimate solo acoustic show, playing tunes from his solo album 'So The Story Goes' and performing some new material from his forthcoming album.

Mick will be playing the Stendhal ArtsFestival in Morthern Ireland on Friday 16th August alongside Matt Backer. As well as being the guitarist of ABC, Matt has recently had some great success with his solo material as recent single ‘All that you wanted’ featuring Julian Lennon, has reached the top ten in many American charts.

Mick will be appearing at The Colour House Theatre at Merton Abbey Mills as part of the Abbey Fest 2013. Along with tunes from his solo album 'So The Story Goes' was released, Mick will be premiering some new material from his forthcoming album. Joining Mick on stage will be his good friend, London based- singer/songwriter Mick Terry. 10cc will be joining Status Quo on their "Bula Quo" tour this December in the UK.

The full list of dates and ticket details are listed on Quo's site here.

10cc have joined Quo on several occasions over the last couple of years at various festivals, but are looking forward to teaming up with the guys again on the 11-date arena tour leading up to Christmas. Mick will be supporting 80 icons Tony Hadley of Spandau Ballet and ABC with lead singer Martin Fry on 4th October at O'Casey's 20TH ANNIVERSARY PARTY in The Hague - Netherlands. Mick is looking forward to being one of the special guests at Janey Bomshell's "Bomshell Ball" at the Cranleigh Arts Centre, Surrey on Saturday 6th July at 8.00pm.

Janey is the cat-suited lead singer of the Supersonic 70's show and she will be performing songs from her debut album – 2 of which were co-written with Mick. They will be singing two duets featured on the album and this promises to be a great night featuring the Supersonic 70's band and a few more surprises…